The Tribes and Coins of Celtic Britain

£16.50
In stock
SKU
Z24TC
Add to Compare
The Tribes and Coins of Celtic Britain by Rainer Pudill & Clive Eyre Soft back, 82 Pages, Over 300 Illustrations Colour, 19cm x 25cm
Skip to the end of the images gallery 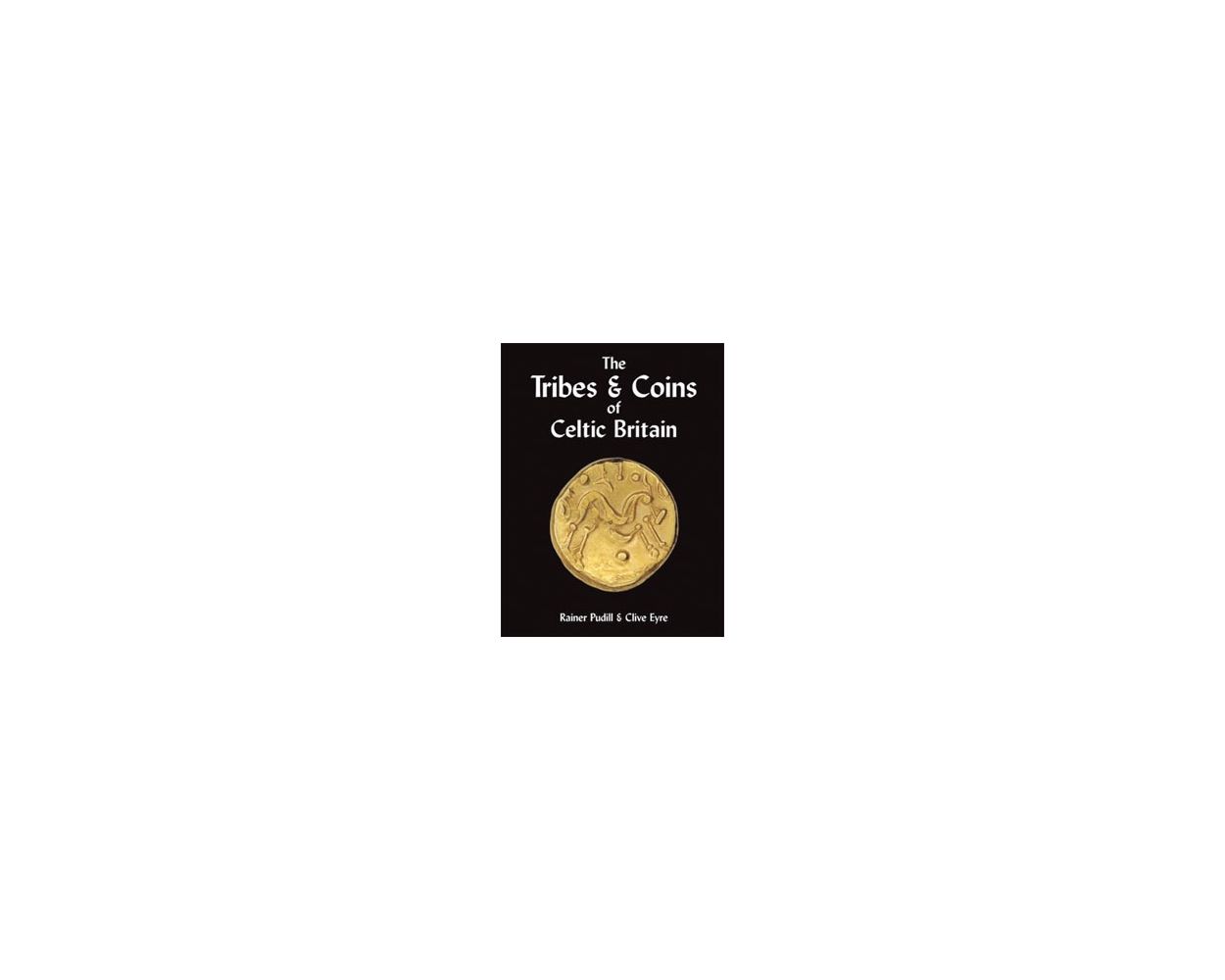 In this book, Rainer Pudill draws on his own experience as a collector - and this new knowledge - to present the latest thinking and facts on the Celts and their coins. The Celts left no written records and the only historical accounts we have of them derive mainly from Roman writers. This makes Archaeological finds all the more important, and Celtic coins in particular unique as sources of information. As little as 30 years ago many mysteries - and misconceptions - still existed as to the Celtic tribes of Britain and their Kings. Thanks to metal detecting finds and the Celtic coin index, far more is now known.

The Tribes and Coins of Celtic Britain contents:

The Celts left no written records and the only historical accounts we have of them derive mainly from Roman authors such as Julius Caesar. This makes archaeological finds all the more important and Celtic coins, in particular, unique as sources of information.

As little as 30 years ago many mysteries – and misconceptions-still existed as to the British Celtic tribes of the 1st Century BC to 1st Century AD and their Kings or leaders. But thanks to metal detecting finds – and Dr. Philip de Jersey’s Celtic coin index – far more is now known.

In this book Rainer Pudill, an experienced writer, lecturer and collector, draws in this new knowledge to present the latest thinking and facts on the Celts and their coins. Dr. Pudill has recently gained a Master of Arts degree in History, from the University of Düsseldorf, for his work on the numismatic evidence for Hadrian’s visit to Egypt. His new book ‘The Tribes and Coins of Celtic Britain’ has been translated into English by Clive Eyre, a graduate in German and classics, and a lifelong student of Ancient History and Numismatics.

The earliest Celtic coins found in Britain were struck in Gaul late in the 2nd century BC and were based on the gold staters of Philip II of Macedon (359-336BC). They arrived here by trade or the migration of Belgic people from the continent, and some became the model for the first known British gold coins. However, what is not so widely known – but Rainer Pudill is at some pains to point out – is that besides the famous Macedonian stater some Celtic coins derive from different Ancient Greek or Roman prototypes.

Early collectors of the Celtic series tended to regard the abstract designs of the coins as copying mistakes, degradation over time, or even poor workmanship. We now know that the exact opposite is the truth: the Celts took the originals as templates for designs that reflected their own culture, art forms and beliefs. It is the abstractness and stylisation that distinguishes Celtic art and coins from contemporary Roman and Greek productions and makes them a beautiful series to collect.

Besides chapters dealing with the Celtic tribes and the coins themselves (with over 300 illustrations), a Timeline chart is included with a parallel comparison of Celtic and Roman history.This book is complemented by a price guide.

“It is a real eye opener, a visual delight. Dr. Rainer Pudill takes you on a fast and fascinating tour of the final tumultuous years of Iron Age Britain. He introduces you to tribal leaders, their power struggles, their belief systems, their symbolism and their dealings with Rome – all brought to life with juicy quotes from classical authors, all superbly illustrated with 150 enlarged coin photo’s. Dr. Pudill is an expert guide, well briefed and entertaining. His book sparkles with new views and piercing insights into Celtic life. Read this book and I wager you’ll want to explore more”