£7.48
In stock
SKU
Z29EDM
Checkout now
Are you an Amazon customer? Pay now with address and payment details stored in your Amazon account.
Add to Compare
Successful Treasure Hunters Essential Dowsing Manual by David Villanueva. Soft back, 60 pages, Illustrated B&W, 21 x 14.5cm.
Skip to the end of the images gallery 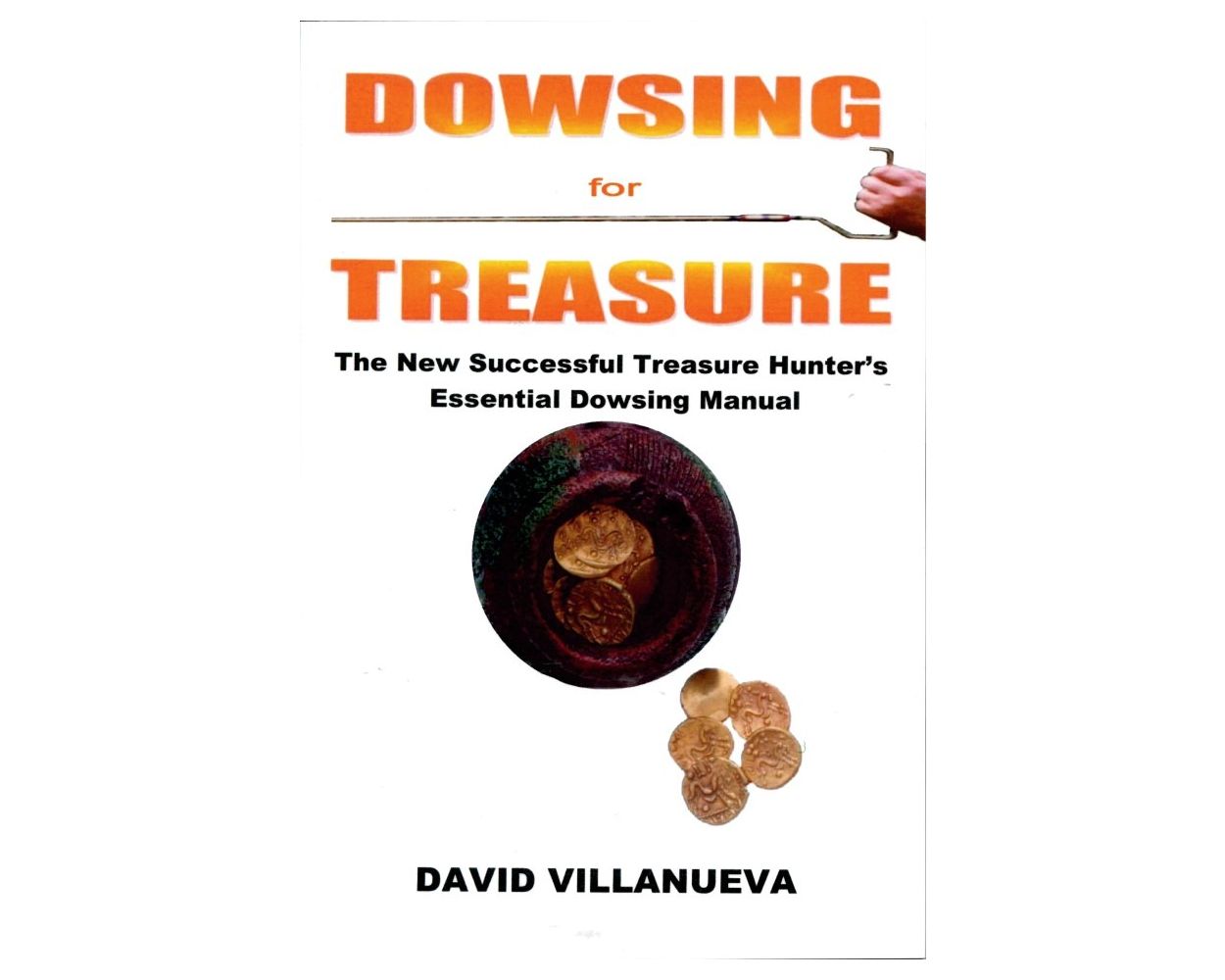 The Successful Treasure Hunters Essential Dowsing Manual How to easily develop your latent skills to find treasure in abundance. Everything you need to know about Dowsing, from how it works to search agreements and more in a handy manual.

David Villanueva was born in Birmingham in 1951 and grew up in the Midlands. In the early 70s his mother bought him a copy of Ted Fletcher's book: A Fortune under your Feet, which inspired him to buy a metal detector - a Goldfinger BFO - the performance was very poor by current standards but it did find coins and David became hooked. A few months later he upgraded to a deeper seeking machine and became very fond of searching beaches which were very productive of modern coins and jewellery at the time. In those early days David also took an interest in other forms of treasure hunting, including dump digging, SCUBA diving and gold panning. Following a move to Whitstable in Kent, David took to nearby beaches with his trusty old Pulsedec but quickly found that the machine was not suited to local conditions - the Pulsedec having no discrimination and there being plenty of iron around. Changing to a locally produced C.Scope 1220B, which worked well on the drier parts of the beaches encouraged him to try out some inland sites. He joined a metal detecting club and also gained permission to search a small farm, making all sorts of finds that previously he had only read about in the metal detecting magazines - hammered silver coins for instance. Having long had a keen interest in history David started researching his locality, which led to more productive sites to search and to write about in the two British metal detecting magazines - The Searcher and Treasure Hunting - which have published more than twenty of David's articles between them. But it was a chance encounter with Britain's best treasure dowser, Jim Longton that supercharged David's treasure hunting. Jim, who had already dowsed his way to a Viking silver hoard worth £42,000 and was well on his way to bigger and better things, taught David how to dowse for treasure with remarkable results. David suddenly found himself having to report a string of real treasures in the form of caches of Iron Age gold coins and items of Roman, Saxon and Medieval gold and silver jewellery. No less than seven of David's treasure finds are recorded in the Treasure Annual Reports, 1998-2004. David also has to maintain a shelf full of trophies he is continually winning at the Swale, search and recovery club.