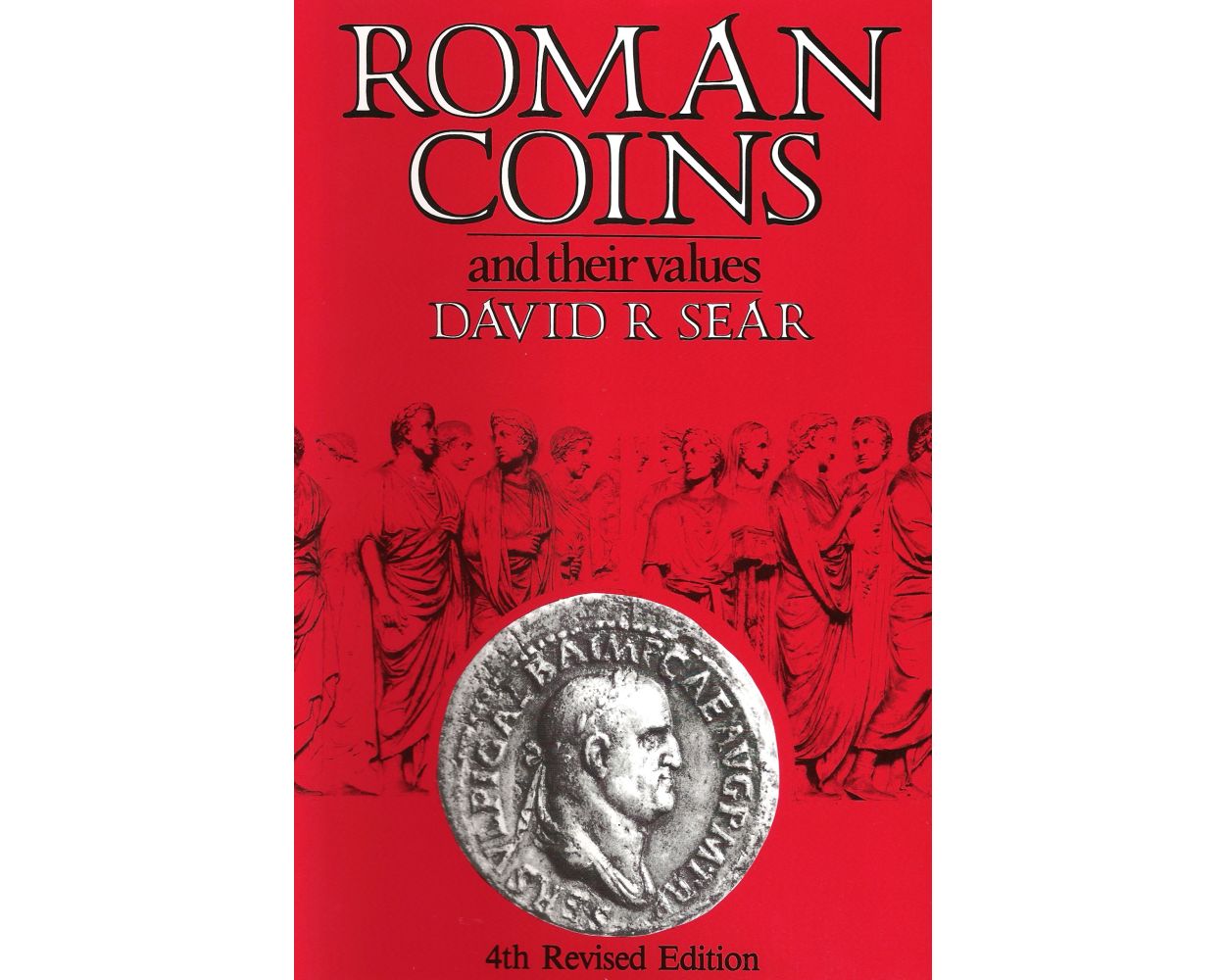 The only one volume priced guide to the coinage of Republican and Imperial Rome. With over 900 photo’s in the text and a map. This is an unchanged reprint of the 1988 4th edition with red sleeve.

''...A whole generation of collectors of Roman coins have come to regard (this book) as their bible...(it) has proved to be a very successful formula.''

The only one-volume priced guide to coinage of Republican and Imperial Rome. It is an indispensable listing of all major types of coin in gold, silver and bronze, issued over some seven hundred and fifty years by the greatest militaristic state the world has ever known. Over 4,300 coins are included with detailed description and valuations and all major and minor personalities are listed by means of their portrait coins.

This fourth revised edition takes notice under the Republic of recent work in the field, especially that of professor Michael Crawford. In the imperial period, essential new references that have appeared since the previous edition are all incorporated, for example Dr. J. P. C. Kent's magisterial volume Roman Imperial coinage VIII, and the late Dr. C. H. V. Sutherland's extensive revision of Roman Imperial Coinage I.

The introductory material on denominations , reverse types, mints, mintmarks and dating presents a useful background, as do the succinct biographical details that precede the listing of coins issued by emperors and members of the Imperial family. Previous editions have been acknowledged by collectors, Roman historians and scholars alike as the most useful single volume reference work in the field.