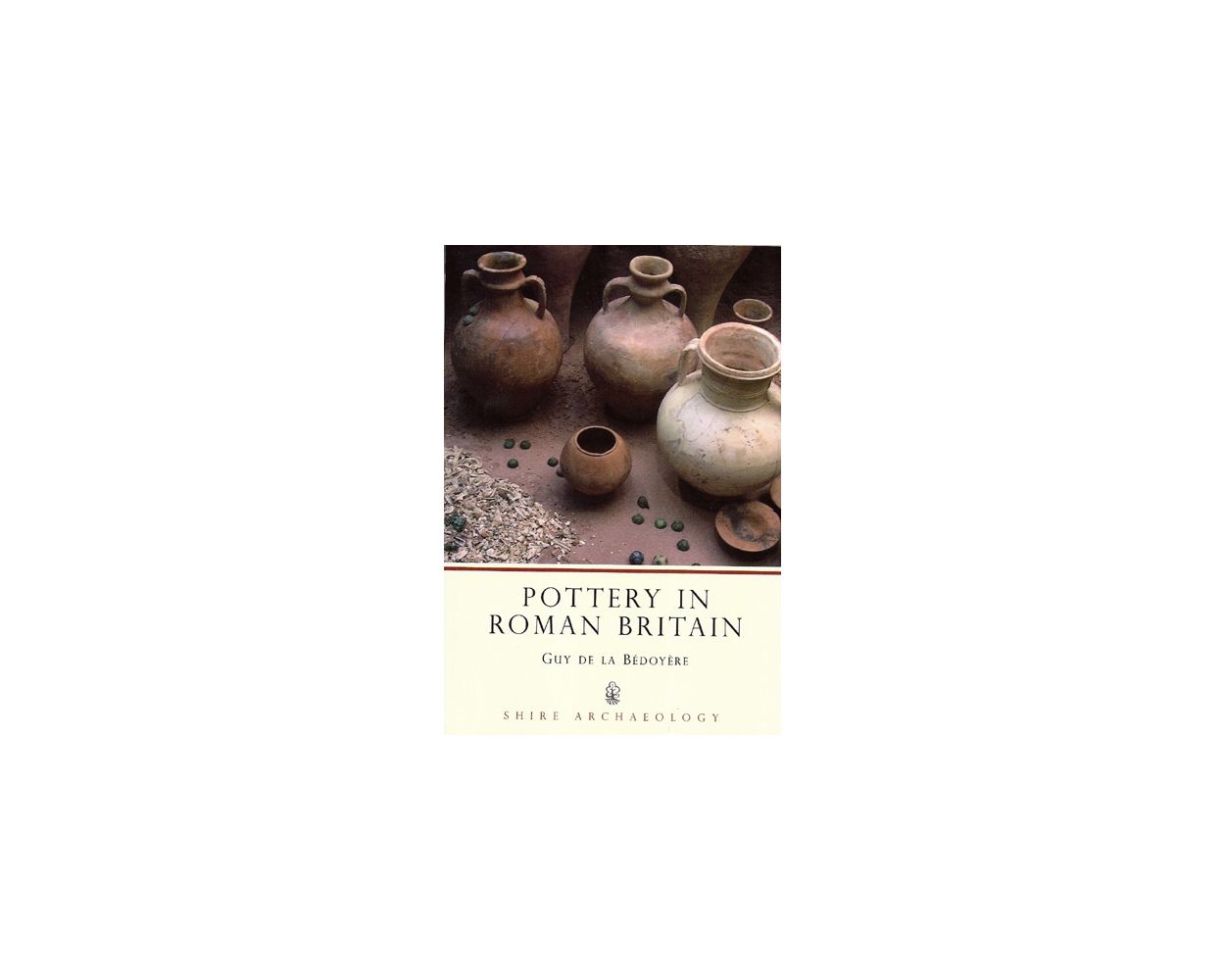 Would you recognise a fragment of a Roman pot? ... or even a whole one! Guy, a frequent 'Time Team' guest, tells all about this subject with pictures. This book is ideal for identifying those little pieces of pottery you may rather not find but could be a fascinating window on Roman life.

Pottery is normally the most abundant find on any archaeological site. Roman sites in Britain produce huge quantities, often overwhelming the arhcaeologist. Despite the problems involved in processing it, pottery can provide a vast amount of information about technology, trade, communications, wealth, industry and lifestyle. In order to introduce the reader to this vast subject this book looks at how pottery was made and circulated and how pottery can be useful to archaeologists. It goes on to look at the different types of wares that existed in the four centuries of Roman Britain. These include vessels imported from the most exotic regions of the Roman empire, products of the Samian industries of Gaul and those of local kitchenware industries in Britain. Products were as diverse as bowls, amphorae and lamps, while fired clay was also used to make tiles, figurines and even moulds for metal-working. The wide range of illustrations makes the book invaluable both to students and to archaeologists digging on-site, as well as to those interested in finding out more about a remarkable period of life in the history of Britain.