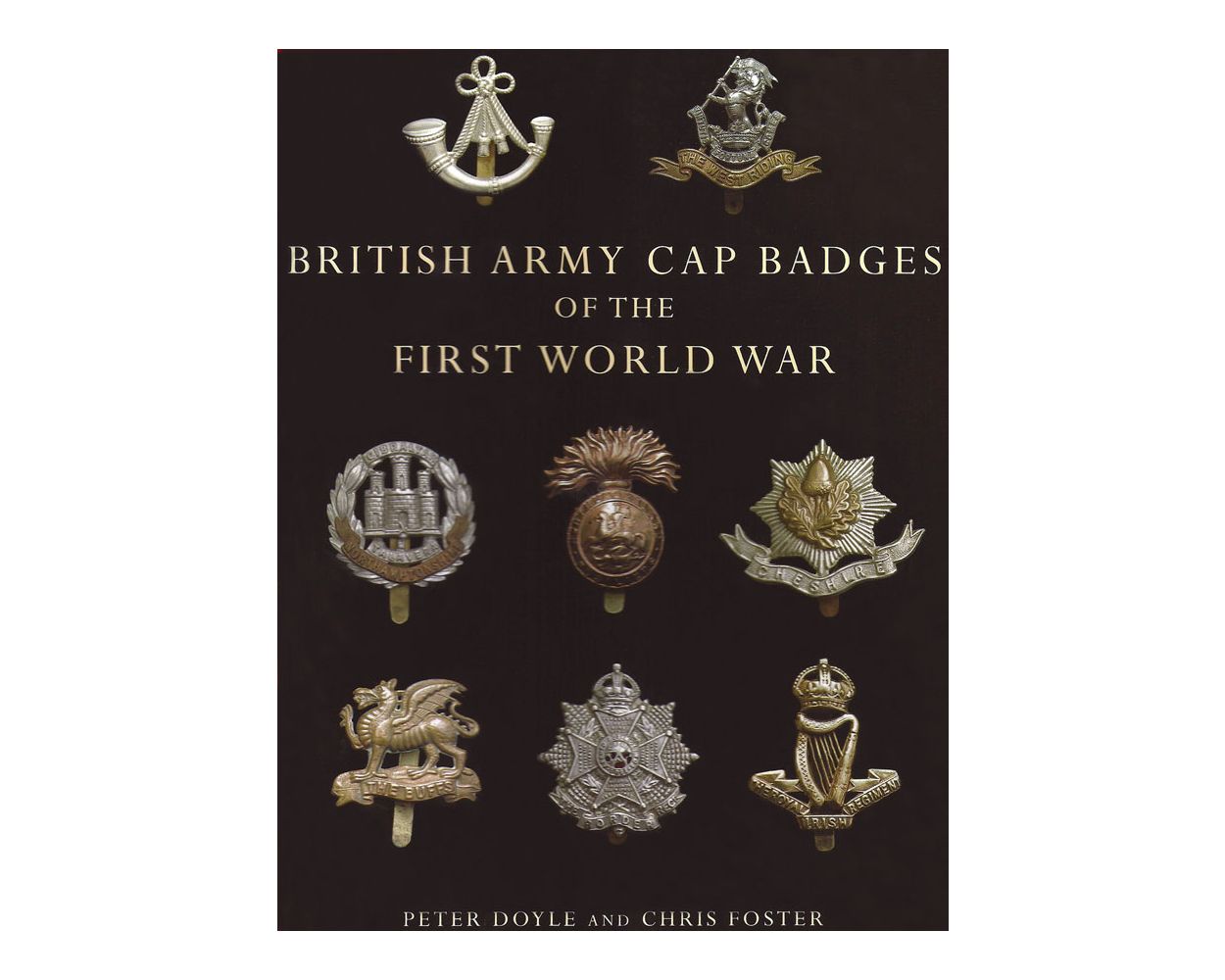 Cap badges are used to identify military units and to commemorate major events in their history, and are often very attractive in their own right. This book catalogues every individual British cap badge worn in the First World War and will help collectors and family historians to better understand the origins and meanings of heirlooms or pieces in their collections. More than 300 of the badges are described and illustrated in colour photographs, and pictures of the soldiers who wore them help to keep the badges in context as an integral part of the uniform of the countless troops who fought in the Great War.

This is one of the best books on cap badges that I have seen for a long time. The book is superbly illustrated throughout, with images not only of the badges themselves, but also of soldiers wearing them. As the authors themselves state, it is impossible to cover all the badges used in WWI, but they have done a good job of covering the main ones worn.

There are eight chapters, five of which cover the badges themselves, and they are split into cavalry, yeomanry, infantry, territorial, and service battalions, and arms and services. Each photographed badge comes with useful and informative text on the design of the badge. The first three chapters cover the British soldier and the various badges worn; formation signs, shoulder titles, collar badge, etc. This history of badges worn by the British Army, and the construction of the badges themselves, will be of interest to both seasoned collectors and beginners.

As this book deals only with other ranks’ cap-badges, a similar version on the officers’ and warrant officers’ cap-badges would be welcome. Highly recommended.